The Dangers of the Bible

The Bible, aka King James Bible, aka The New Revised Standard Version, aka the Holy Book, aka so many other names, is a book that many religious people enjoy reading. It is the most popular book of all time. It is New York’s number 1 best seller book. It has generated billions of dollars in profits. Most importantly, it is also a basis of many of our laws today. It is presented as a guideline, an inspirational book, a book of prophecy, poetry, and wisdom, and many other things that individuals can adopt to shape their lives.

As good as it may sound, it is also a book that incites lots of fear, misogyny, and social discrimination. Did we mention how much it promotes abuse and/or violence against women? That’s the topic that we have today.

I must declare that I am a Christian; thus, the intention is not to deter any Christians from their faith. And as always, ladies and gentlemen, this text is presented in a conversational format; a conversation that acquaintances could have over coffee. So, I ask that you please read with a light heart. Let’s begin.

The Bible Teaches Males to Not Respect Females

The first verse that comes to mind when analysing the aspect of respect in terms of the Holy Book is, Ephesians 5:33,  “…each man must love his wife as he loves himself, and the wife must respect her husband.” As we can see, here the focus is on the man. First of all, he must love his significant other ‘as he loves his own body’. See? Himself. Basically, he is being told not to love the wife as a unique person who has her own body, her own rights, her own mind, or her own love language. No. That would be a sin.

The second aspect that we see from this verse is the same one which we see throughout the Bible. Instructing the woman, over and over again, to respect the wonderful, mighty man. Never one time does the respect instruction go to the man. The man is told to respect God …or kings/the government. That’s all. Nice life.

Not convinced yet? Here’s more….

The Misogyny is Beyond a Reasonable Doubt

Now, why would a loving God create a human being, a female, only for the mere purpose of being dominated by males. Even in the animal kingdom, the only difference that is there between males and females is physical strength. Lionesses stand up and fight against bully lions (unless, there is a physical/strength advantage). In fact, lions respect lionesses because they know the actual power that those females have. Unlike most of the men who believe in the Bible.

So, why would God be so cruel towards women? And why has this mindset been normal for so long?

Let’s look at this example from the Holy Book:

1 Timothy 2:12, “I do not let women teach men or have authority over them. Let them listen quietly.”

Why is that? Why are females/women mistreated this much? Well, ladies and gentlemen, it’s because this guy, ‘Timothy’, told all men that they should do as he did. That they should not give women any positions of power and/or authority. That they should be misogynistic just like himself. And voila, billions of men listened to him. The irony that we face today is that the world makes it seem as if it is only the Islamic Religious Book that orders such laws. But it’s everywhere. It’s everywhere.

The instructions to violate women’s rights goes beyond mental and emotional abuse. It includes physical abuse too. It’s all promoted in the Holy Book. And in some instances, it’s mentioned as if it was just a mere form of trading. Let’s examine these disturbing verses from the world’s favourite book.

Deuteronomy 22:28-29, “If a man meets a virgin who is not betrothed, and seizes her and lies with her, and they are found, then the man who lay with her shall give to the father of the young woman fifty shekels of silver, and she shall be his wife, because he has violated her. He may not divorce her all his days.”

In this verse, violating a woman or a girl child makes it seem as if it’s something that money could quickly fix. Or even forced marriage, which is even furthering the abuse. How can you marry a person to their r*apist? We read this from the Bible …as if it’s something that only happened millions of years ago. Whereas in fact, it is still happening right now. Just as the Holy Bible instructed.

Deuteronomy 21:10-14, “When you go out to war against your enemies, and the Lord your God gives them into your hand and you take them captive, and you see among the captives a beautiful woman, and you desire to take her to be your wife, and you bring her home to your house, …After that you may go in to her and be her husband, and she shall be your wife. But if you no longer delight in her, you shall let her go where she wants …since you have humiliated her.”

Genesis 19:4-8, “But before they lay down, the men of the city, the men of Sodom, both young and old, all the people to the last man, surrounded the house; and they called to Lot, “Where are the men who came to you tonight?  Bring them out to us, so that we may know them… Lot went out of the door to the men, shut the door after him, and said, “I beg you, my brothers, do not act so wickedly.  Behold, I have two daughters who have not known man; let me bring them out to you, and do to them as you please; only do nothing to these men, for they have come under the shelter of my roof.”

Unfortunately, that means that many of us are living in sin today …by wearing pants, shorts, skirts that go over the ankles, etc. By the look of things 98% of women/females ‘will be going to hell, for sure’. Well, on the other hand, the lucky and chosen gender, men, have to do horrible sins for them to qualify for hell. Hell was not made for men. Just women.

Whew! Women’s path was doomed from the beginning, it seems. How unfortunate!

Deuteronomy 22:5, “A woman must not put on men’s clothing,…. Anyone who does this is detestable in the sight of the Lord your God.”
1 Timothy 2:9, “And I want women to be modest in their appearance. They should wear decent and appropriate clothing and not draw attention to themselves by the way they fix their hair or by wearing gold or pearls or expensive clothes.”
1 Corinthians 11:5, “But every woman that prayeth or prophesieth with her head uncovered dishonoureth her head: for that is even all one as if she were shaven.”

These are just a few examples of how males were programmed to mistreat women …it’s been like this since the beginning. But we keep wondering why there is so much violence against women by men.

Ladies and gentlemen, this is why. This is one of the main reasons that we have high domestic violence against women in our homes. This is why we have a high number of r*pe cases, which many of them go unpunished. It is all due to our teachings. Our doctrines. Our cultures …yes, and our religions.

Yes, of course, things are changing, or have changed a bit. But it’s all thanks to the revolutionised women [and some/a few men], who have come to realise that something is not right in our systems. Particularly, the system called religion. We thank these people who keep pushing the fight for human rights, women’s rights, and children’s rights.

Caution: There are also many beautiful verses that we can enjoy from the Bible. Verses that promote unity, lawfulness, and cooperation. This text is not reflective of the intention of the whole Bible. 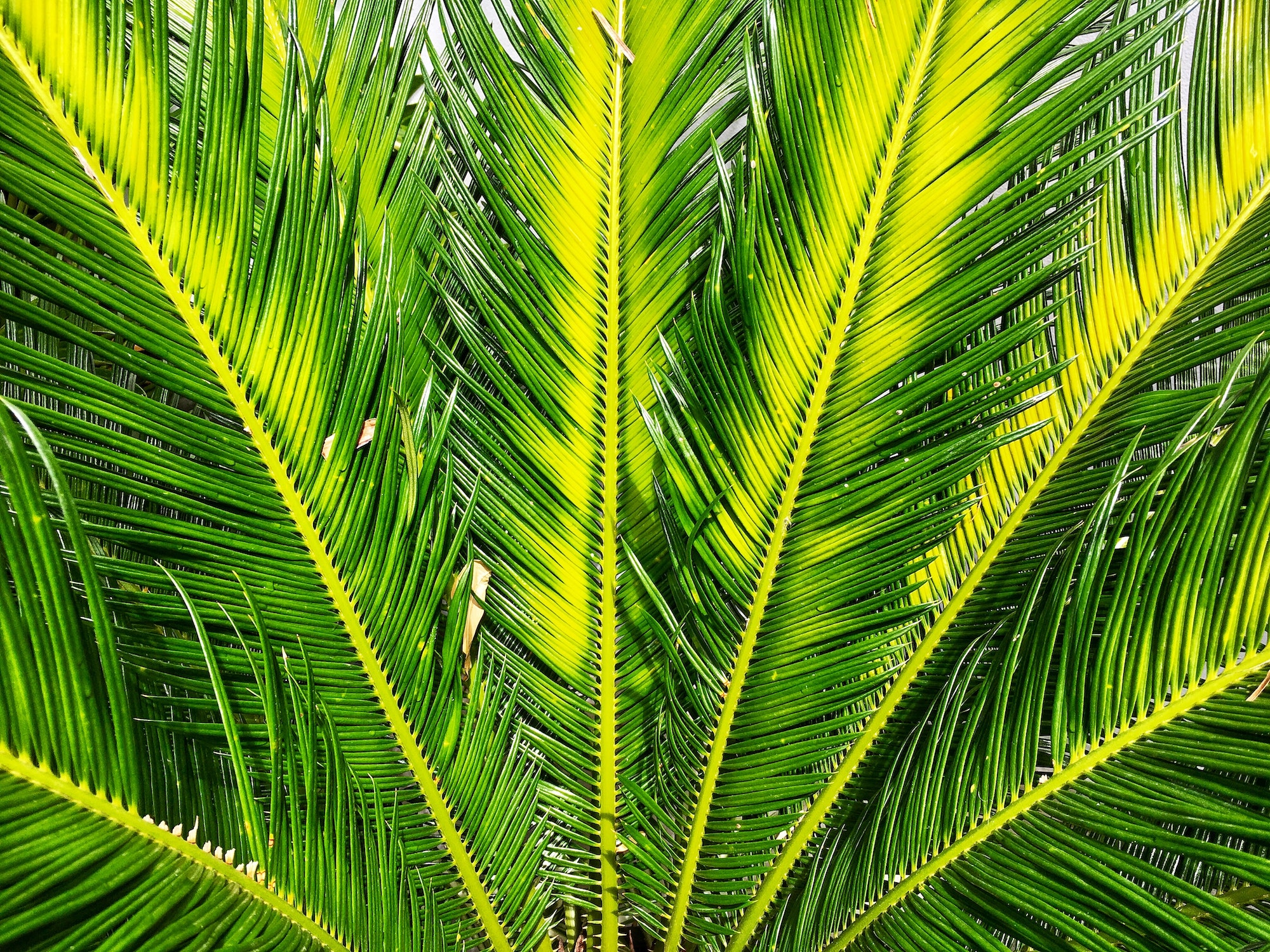 Images have been used according to Commons Creative licence.

Mitta Xinindlu is an author of books in fiction and nonfiction genres. She is a versatile writer and researcher. Her qualifications in academics include a Master of Science in Project Management and a Six Sigma Green Belt. A multilingual writer with a knowledge of ten languages. Her language skills range from elementary to native. She also knows Tech languages such as R programming and Python. Her work in writing has been featured in digital and print media. Media platforms include Parade Magazine, Thought Catalog, Psychology Today, and Your Tango Magazine, In 2019 PoemHunter selected one of her poems as a Poem of the Day. View more posts